RiceGrain & CerealsAustraliaCambodiaChina
Apr 9, 2020
Written by
MK
Melanie Kim
Share This Story
Vietnam's moratorium on rice exports is bringing up prices in the global market and benefitting the second-largest exporter Thailand. The rice market is expected to be further disrupted as more countries impose import bans on the crops.

Vietnam’s moratorium on new rice exports is triggering a ripple effect throughout the global rice market. Vietnam, the third largest rice exporter, announced on March 25th that it will halt signing new rice export contracts until it checks whether it has sufficient supply to cope with the domestic demand during the coronavirus outbreak.

In response, Thailand, the biggest competitor of Vietnam and the world’s second largest exporter after India, now expects a better outlook for rice export. Owing to an increasing demand from rice importers seeking alternatives, Thailand is witnessing the highest export prices since April 2013. According to Reuters data, Thailand's benchmark 5% broken white rice was quoted around $560-$570 per tonne in the first week of April, up from $468-$495 per tonne in March. 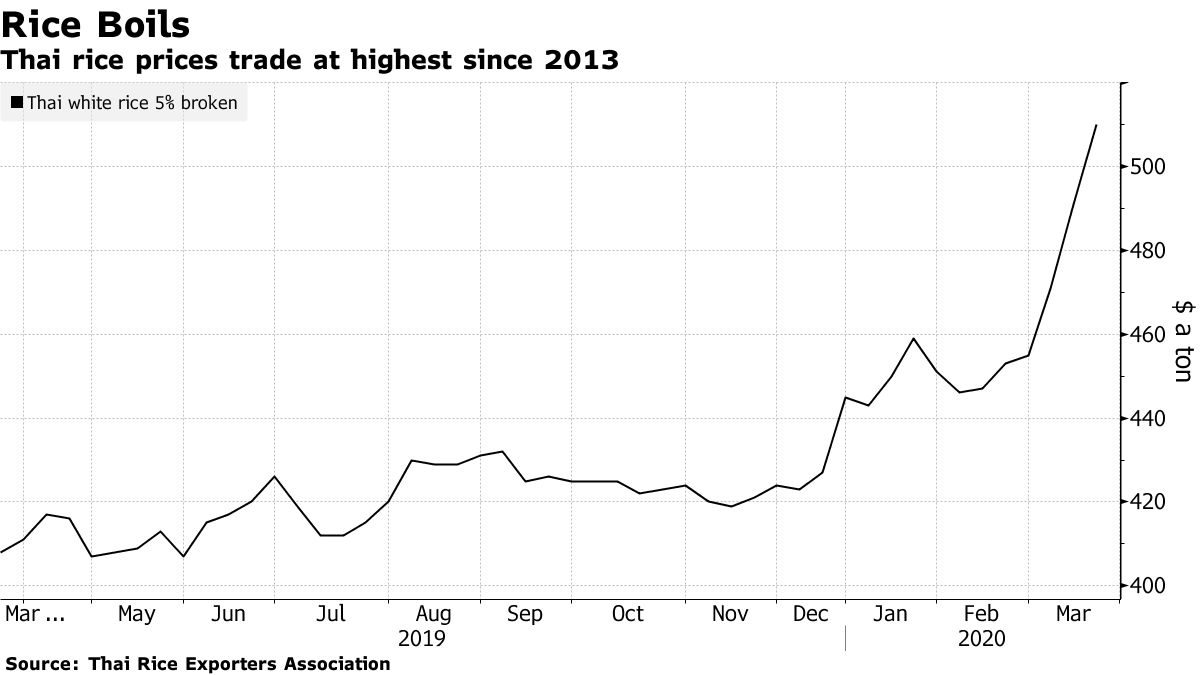 The rise of rice price can be reconfirmed by the FAO food price index which measures monthly changes in international prices of a basket of food commodities. The index itself declined 4.3 percent in March on-month driven by COVID-19 pandemic-demand contractions. However, in contrast to others that comprise the index, international rice prices have shown an upward trend for three consecutive months, reaching their highest level since June 2018. This can be explained by stockpiling and logistics disruptions in Indica rice producing countries such as Vietnam, India and Thailand while Indica rice accounts for about 90% of the world consumption. 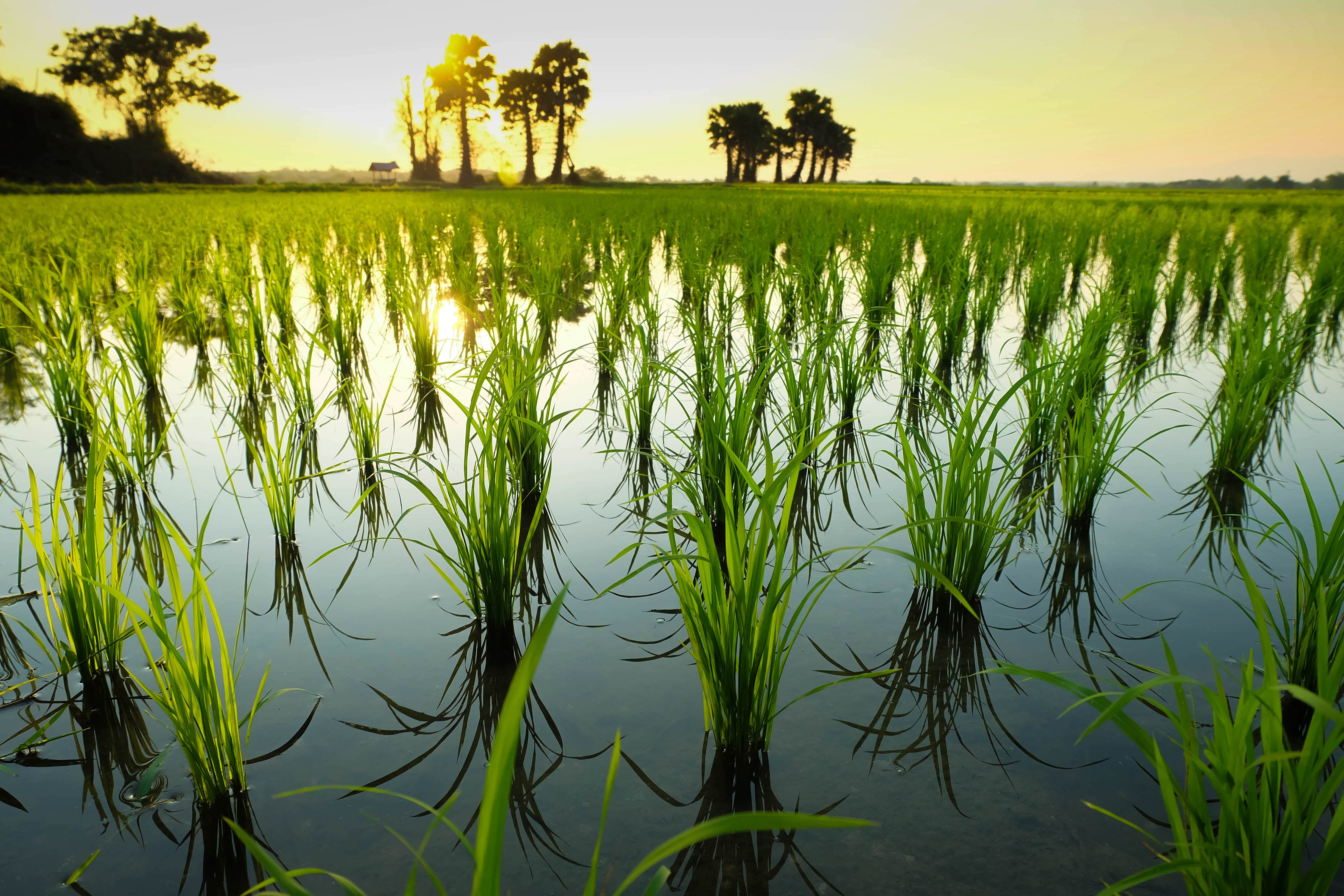 As such, the price hike seems to have been attributed to export restrictions imposed by not only Vietnam but also other major rice exporters. India put a three-week lockdown on rice exports, and Cambodia also announced a partial export ban on rice on April 5th to help meet domestic demand during the economic downturn. The blockade of Vietnamese ports from which Cambodia exports between 40-60 percent of its staple to international markets including China also brought about disruptions in rice exports. The impact of Vietnam's export suspension is also shown in Australia where prolonged drought and irrigation issues have already dragged down crops harvest to the second lowest in history. The largest buyers of Vietnamese rice including the Philippines, China and countries in Africa are also expected to be affected down the road.