Hyesun Jang
Updated Apr 9, 2020
Cardamom prices are currently unstable due to irregular harvest from major producing countries-Guatemala and India, and reduced demand from main importing countries from the Middle East such as Saudi Arabia and Iran. While the situation is still uncertain, exporters are expected to continue having logistical difficulties in early 2020.

Cardamom, the world’s third-most expensive spice, is facing multiple difficulties in the markets. The prices of cardamom have been fluctuating at abnormal levels due to irregular demand caused by the coronavirus pandemic and unexpected weather conditions in the main producing countries, Guatemala, Indonesia, and India. The decrease in demand is mainly from the Middle East as more countries in the region cut back on imports from India. This is especially detrimental as months leading up to Ramadan usually marks the highest demand since the spice is used in many Ramadan dishes. Due to the uncertain circumstances rising from the pandemic, how the new harvest season will pan out remains to be seen.

Cardamom comes in three different colors and flavors: Green, White, and Black. Green cardamom often sold with the pod, is harvested before seeds are ripe creating a soft but strong flavor. It is used not only as ingredients but also for medicine, and commands the highest price in the international market. White cardamom, generally bleached Green cardamom, has a lighter flavor and is well-suited for baking. Indonesia is known for producing diverse types of naturally White cardamom. Black cardamom, in contrast, has a very strong, smoky flavor, and is harvested when seeds are ripe. With its seeds separated from the pods, Black cardamom is cheaper than Green cardamom. 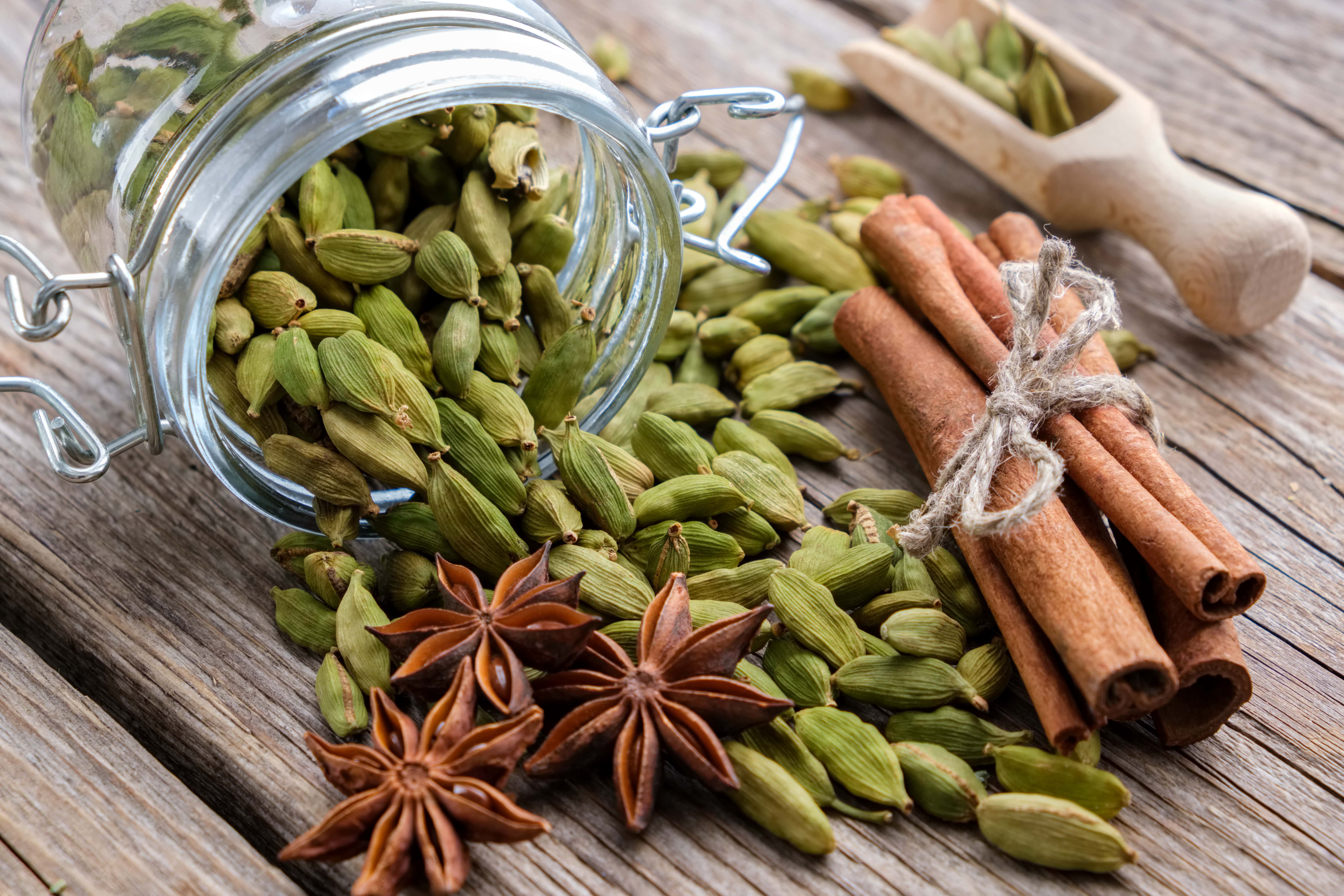 The Middle East, the Biggest Market for Cardamom

The largest importers of cardamom are the Middle East countries. In 2018, Saudi Arabia imported around 6.2K metric tons, followed by the United Arab Emirates (UAE) at 6.9K metric tons and Bangladesh at 4.3K metric tons. Most cardamom is sourced from Guatemala rather than India since Guatemalan cardamom is more inexpensive and of higher quality. Cardamom is mainly used in cooking in the MENA region but is also used in the pharmaceutical industry. These days, the spice is also often used for its strong fragrance making it a popular ingredient in diffusers in the region.

The Demand of Guatemalan Cardamom Increases in 2019 Amid Lackluster Harvest

Guatemala has been the largest producer of cardamom since the 1980s and is by far the largest exporter as well. In 2018, its cardamom exports reached around USD 432.4 million in value and 36.7K metric tons in volume, accounting for more than 47% of the global export volume. In 2019, its exports hit a historical high. From January to September, exports increased by 8.3% in volume to 24K metric tons and by 52% in value to USD 385.1 million compared to the same period last year.

In fact, the production itself was lower in 2019 compared to recent years only reaching 34.4K metric tons. Weather conditions, which were highly irregular due to unexpected rainfall, caused delays in the maturation of the crops as well as the harvest. Nonetheless, Guatemala has kept up with the global demand since India, its biggest competitor, lagged behind due to lower yield. 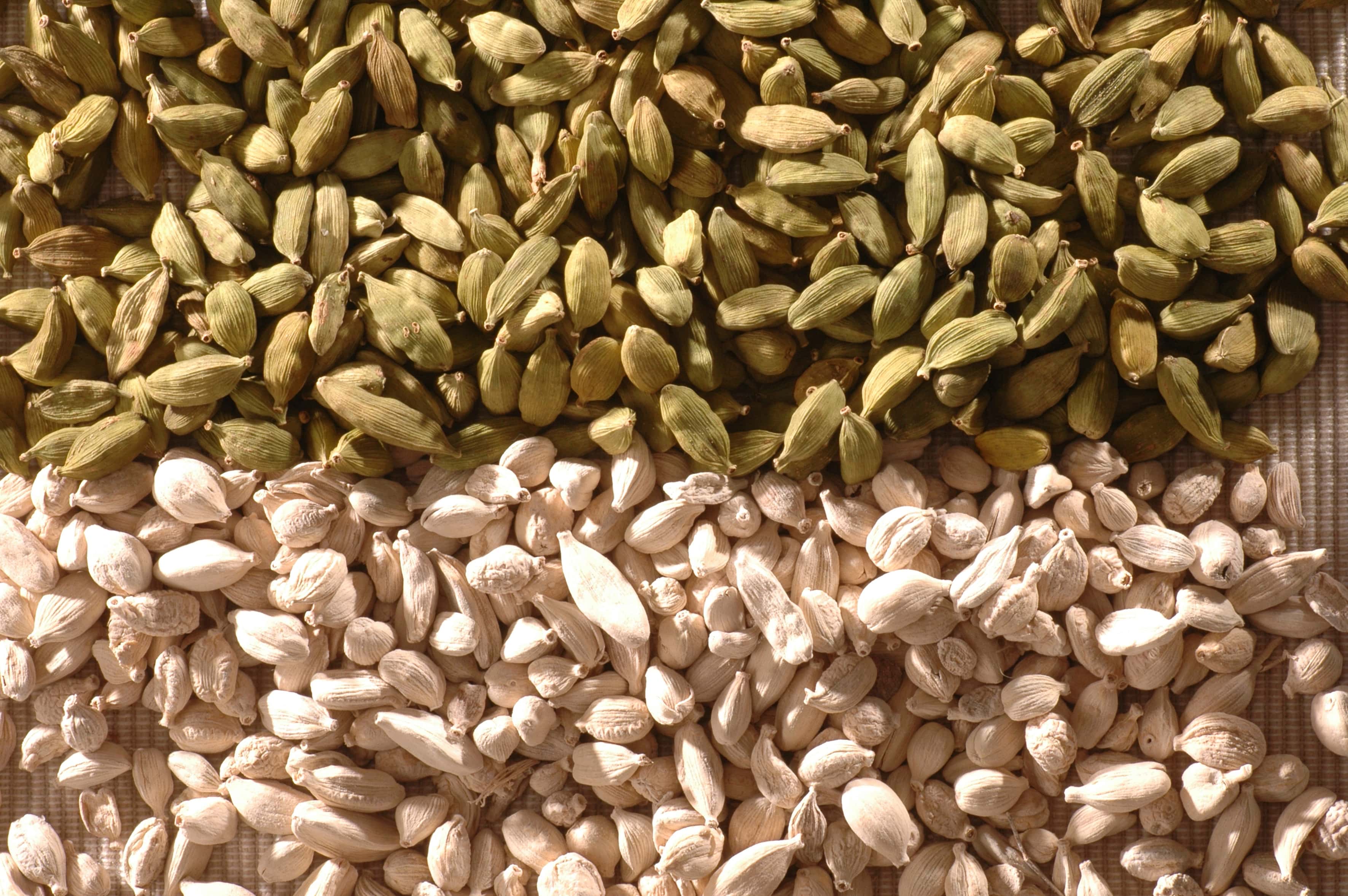 Guatemala has huge growth potential in the cardamom industry, however, not many newcomers have started farming this year due to tough weather conditions last year. Also, the coronavirus pandemic has been added to uncertain market prospects.

Indonesia focuses on producing White cardamom which has a higher value in the market. Indonesian soil is also very well suited to produce this variety, as it thrives in lower altitudes. Most of the country’s cardamom production is exported to Vietnam and China where its demand is high in the pharmaceutical industry. In 2019, the export to those countries amounted to around 130K metric tons.

Indonesia has been putting efforts into improving its cardamom production to compete with Guatemala and India since Indonesian cardamom prices are significantly higher. Although the 2019/2020 harvest has been decent with a yield of around 14 metric tons per ha, Indonesia, which produces less popular white cardamom in smaller quantities, still faces difficulties competing with the other two large producers.

Moreover, Indonesia also faces issues regarding its drying techniques of cardamom pods. Cardamom is mostly produced by smallholder farmers, who use traditional methods to sun-dry their products. However, freeze-dried cardamom is currently the most in-demand type in Indonesia. The government aims to improve the cardamom industry by expanding acreage and increasing investments in modern equipment.

Despite Recoveries in Indian Production, the Coronavirus Significantly Decreases Demand

India, the second-largest exporter of cardamom at 2.57K metric tons in 2018/2019, initially saw bad weather conditions in the 2019 harvest. Storms caused floods in the regions of Kerala and Karnataka damaging the production. It significantly diminished the production quantity available for the domestic market and export by as much as 38.5%. The Kerala region saw an especially steep decline in production by 6.6K metric tons. However, despite difficulties in the early harvest period, the market is currently being replenished with new crops, which were harvested at the end of January, putting downward pressure on the prices.

Prices are expected to further decrease with the onset of the coronavirus, as e-auctions for cardamom were canceled until March 31, and the imports of cardamom by the Middle East, especially Iran, have also declined. This has added much uncertainty to traders, who have already purchased the spice and are now unable to export them, and farmers have no one to sell their crops to. The last cardamom auction recorded an average price of INR 2,336 per kg (USD 30.99), a significant drop from INR 4,000-4,500 per kg (USD 53.06-59.69) in January. 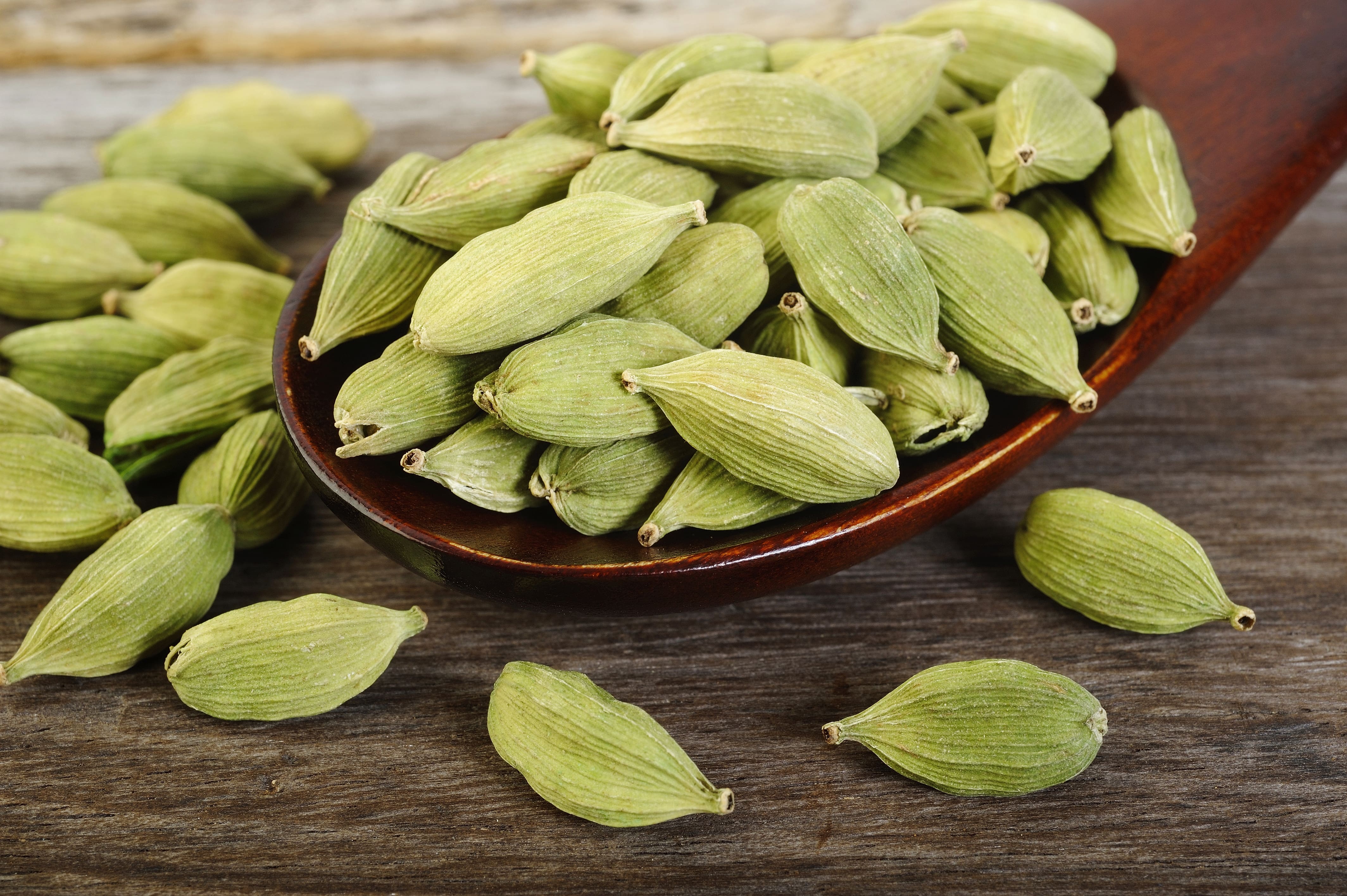 Outlook for the Cardamom Market in 2020

A looming uncertainty still lies within the cardamom market. The demand was expected to peak with Ramadan coming up, but now the market has visibly shrunk owing to the outbreak.

For Indonesia, prices are currently stable, but sourcing costs could potentially go higher as buyers need to use air freight in order to avoid delays. While Indian exports to the UAE, its biggest export market, remain unaffected, the price is unlikely to increase for the time being as a big portion of the last season’s production still remains unsold. There is an anticipation of an even further dive in prices as the peak harvest season in June and July is expected to be a bumper harvest. In addition to delays in shipments due to the nationwide lockdown, export prospects also greatly depend on trade relations with Saudi Arabia, the second-biggest importer, and Iran. Guatemala is expected to have similar logistical difficulties and face a drop in demand from key markets in the Middle East