Anna Hommel
Share This Story
The pineapple market has changed quite a lot over the last few years. Costa Rica has grown to be the main producer of pineapples, overtaking the Philippines and Brazil. In 2018, the total produced volume was 28.3 million metric tons and the export of fresh pineapples was valued at USD 2.1 billion.

The 6-digit Harmonized Tariff System code prefix for fresh and dried pineapples is 08043.

The pineapple market has changed quite a lot over the last few years. Costa Rica has grown to be the main producer of pineapples, overtaking the Philippines and Brazil. In 2018, the total produced volume was 28.3 million metric tons and the export of fresh pineapples was valued at USD 2.1 billion.

Currently, prices are quite stable, but slight increases in prices can be observed within Costa Rica, while prices in Brazil remain relatively fixed. Costa Rica has been victim to multiple weather anomalies recently and has already a weak start in 2020 due to heavy rain, which has decreased production.

The global pineapple production volume in 2018 was 28.3 million metric tons, an increase from 2017, which recorded 25.8 million metric tons. Costa Rica has managed to bounce back after underperformance in the previous year, resulting in a 3% increase in its production compared to 2017. This has boosted global pineapple production, as Costa Rica is currently the leading producer. However, with unfavorable weather conditions becoming more frequent, this will prove to have a negative effect on production levels in the future. The top producing countries were:

The total value exported for fresh pineapples in 2018 was 2.1 billion USD. The total quantity exported was 3.9 million tons and the total exported value increased by 4% compared to 2017. The main exporters are:

Except for Costa Rica and the Netherlands, all countries experienced a decrease in total export value compared to 2017. Over the last 10 years, the total exported value changed as follows. 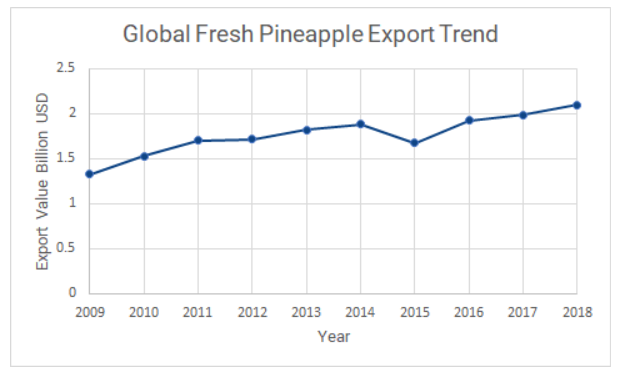 The huge growth of Costa Rica as an exporter has had several effects on the market. Firstly, it has led to lower prices on the pineapple market, as Costa Rican pineapples can be produced and transported quite cheaply. Also, the increased supply has put negative pressure on the price. Many smaller exporters are having trouble making ends meet and have dropped out of the game. Secondly, the rise of Costa Rica has also wiped out traditional suppliers to the European market, such as Ivory Coast and Panama. Once the main suppliers to the European market, they have seen their exports to the EU decrease.

Despite the recent growth, Costa Rica has been experiencing some difficulties. 2018 was a difficult period for the country, as prolonged bad weather and strikes made it harder for producers to produce high-quality pineapples. Furthermore, the Costa Rican pineapple market lacks environmental regulations, which could prove harmful in the long-run. The government has realized this and is aiming to regulate the pineapple industry by creating an official manual that has set standards for safer and effective farming practices. This, in turn, has created a new trend for sustainable, organic, pineapple farms, in which fruit companies such as Keelings Ltd. took the lead and purchased the first pesticide-free farm in Costa Rica. 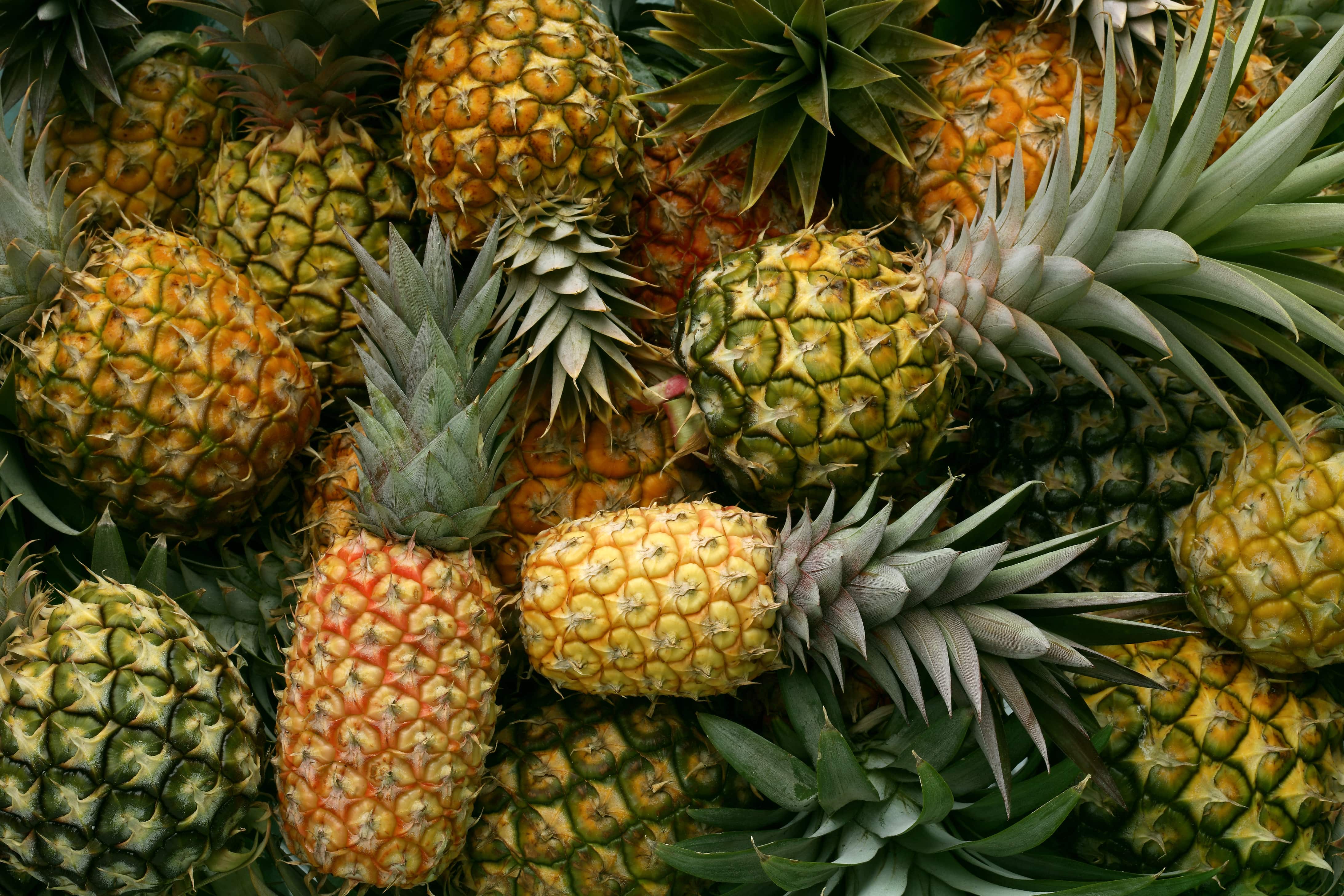 Asia is the Biggest Growth Market

Asia is seen as the biggest growth market, both in terms of production and consumption. Over the last ten years, the market value of pineapples increased with an annual growth rate of over 5.8%. India, Thailand, China, the Philippines, and Indonesia account for 34% of all pineapple consumption in the world. The reason for the recent consumption growth can be found in the increasing population and income, causing the demand for fresh fruit to increase. Furthermore, canned pineapples, more affordable and convenient, are also becoming more popular in Southeast Asia. China has also started to cultivate more pineapples, whilst simultaneously importing more.

Dominating the pineapple market, the MD2 pineapple variety has become even more popular, as observed in China's surge in imports of the variety from Malaysia, recording at least 2K tons of imports per year. This is attributed to MD2's long shelf life, as well as its sweet taste, which has managed to appeal to consumers worldwide. In order to compete against the MD2 variety, smaller suppliers have been exploring new pineapple cultivars: crownless, organic, and baby pineapples. The emergence of these new cultivars is expected to open up niche markets and give a chance against major companies.

Higher Demand for Fresh Pineapples Instead of Canned Pineapples