The Nigerian Peanut Market: Waking Up from Slumber

Juhee Yoon
Contributed by
Share This Story
Nigeria is the 3rd biggest producer of peanuts in the world, but its export of the groundnut is lagging behind. Both farmers and the government have worked hard to improve the quality of peanuts, focusing on oil yield and pest-resistant seeds.

Nigeria is the largest peanut producer in Africa. This year, the production is expected to total around 3 million metric tons, making it the 3rd largest producer in the world, after China and India. During the 1960s, Nigeria was also the largest peanut exporter in the world, but currently, most of its peanut production is meant for domestic consumption. Prices in the Nigerian peanut market are expected to rise this year due to increased domestic and international demand.

Peanuts in Nigeria are mainly produced in the Northern states: Adamawa, Niger, Taraba, Kaduna, Benue, and Kano. During the 1960s and 1970s, when Nigeria discovered the profitability of producing and exporting groundnuts, these states were filled with ‘peanut pyramids.’ These pyramids were made of bags filled with peanuts, which were waiting to be exported. Over time, Nigeria shifted its focus from agriculture to oil and the groundnut industry became less important. The peanut pyramids disappeared. Over the recent year, however, groundnuts have once again become an interesting product for Nigerian farmers, due to the increased demand for peanut oil and peanut butter. 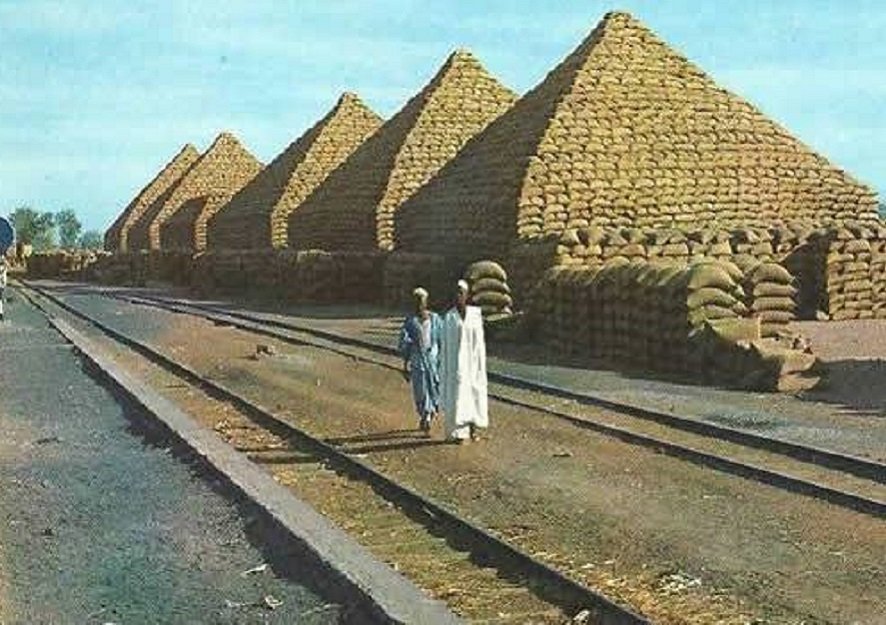 The Nigerian peanut season lasts from August through December, according to New Dawn Ventures Inc, an American exporter operating in Nigeria, but peanuts are available year-round. “There's a constant improvement of the quality of Nigerian peanut as smallholder farmers are now being sensitized on best farming practices.” Furthermore, the Nigerian government has also made efforts to improve quality by providing hybrid seeds. These seeds are more resistant against diseases and toxins, such as aflatoxin, and also have an improved oil yield. The government is also investing in processing and storage facilities.

The Nigerian export markets are highly concentrated. In 2018, it exported around 1.9 million USD, equivalent to 3,037 metric tons. Most of its exports went to Vietnam, India, and Europe. This market concentration makes the market for Nigerian peanuts very volatile, as the price of peanut exports highly depends on demand in those few markets. Furthermore, the price for Nigerian peanuts is very dependent on domestic demand as well, as most peanuts are still destined for the domestic market, explains New Dawn Ventures Inc.

The current FOB for Nigerian peanuts ranges between 1,100 USD to 1,350 USD per ton, which is cheaper than peanuts from India or China. Despite price fluctuations within this range, New Dawn Ventures Inc. mentions that an upward trend can be observed. With the improved quality of Nigerian peanuts, the international demand for the groundnut has risen. This is slowly pulling the total exported quantity and price up. With the improved quality of its peanuts and processing facilities, Nigeria could once again become a major exporter in the global market, as the world's 3rd biggest peanut producer.