Tight Stocks of Quality Cloves Lead to a Price Surge 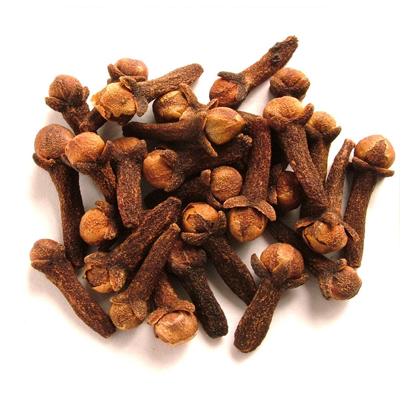 Major clove producing countries were hit by unfavorable weather conditions earlier this year, leaving the global clove export market in gloom. Mixed trends of demands increasing year by year and production in major clove producing countries staying low, the global price will likely to stay high. According to Tridge sourcing agent, the average price has been as high as $7,000/MT. Cloves from Madagascar, the biggest exporter of global clove market, are even higher in price--traders are quoting over $7,500/ MT. Sri Lanka, Indonesia, and Madagascar, major clove producing countries, have been hit particularly hard by wet weather conditions. Indonesia produced 16,000 tonnes against its usual of 80,000 tonnes, prompting cigarette companies to source its ingredients outside Indonesia. Sri Lanka has also produced a dismal yield of merely 5,000 tons. Although stock shortage continues, the upcoming harvest season in Madagascar will satiate the global demand and settle the sky-rocketing price.

It is all about the moisture

Cloves are usually grown and picked as the whole with both the stem and the bud. Specific grade standards and terms that correspond to each specification differ by nations. Nonetheless, several aspects are accepted universally as the determining factors of quality cloves. Cloves must go through a series of the drying process in order to obtain a commercial value in the market. Unlike other crops that have varieties that differ in nutritional values and taste, clove quality and specifications depend on the cultivation, methods of harvest, dehydration and moisture content. The hand-picked cloves with moisture level lower than 10%  are considered the highest in quality for both its preserved shaped and low percentage of impurities. These are called the "CG-1 Superior Quality Cloves" in Madagascar, and the "Hand Picked Selected" in Sri Lanka. The Grade No.1 by Sri Lanka standard and CG-2 Clean Quality Cloves in Madagascar, come next with moisture content lower than 11%. "CG-3 Standard Quality Cloves" or "Cloves FAQ" are last in order, containing the maximum of 13% of moisture and is a mixture of headless cloves, stems and some full bud cloves.

Will the Upcoming Harvest Season Alleviate the Price Tension?

Indonesia: low production yet to meet the domestic demand

Indonesia is the biggest clover producer that accounts for more than 77% of the world production. However, it is unlikely that Indonesia will export its products for the upcoming season. Indonesia yielded only 16,000 tonnes in the latest harvest season, significantly lower than its usual yield. Indonesian cloves will continue to be absorbed by the domestic cigar companies, leaving the export market vacant.

Zanzibar, the semi-autonomous region of Tanzania, was once the world’s leading producer of cloves. Today, Zanzibar ranks third in the global export market with its share of only 7%, significantly small compared to Indonesia’s share of 75%. Zanzibar cloves are rising its presence in the international clove market as the supplier of highest quality cloves. It is reported that clove production in Zanzibar increased from 3,155 tonnes in 2017 to 7,002 tonnes during the ending season in January of 2018. With two harvest seasons, Zanzibar may become the consistent supplier of quality cloves.

Madagascar: the only supplier in the global clove market

Madagascar was hit by Cyclone Enawo earlier this year in March, leaving clove harvest into despair. Although the cultivation itself was not significantly affected by the natural disaster, thus the production yield remained stable at 15,000 MT, the problem lied greater in the drying process. Madascar was only able to supply poor quality cloves this last harvest season. As the only producer with large production yield, however, the prices remained high despite the low-grade quality.

Tridge has engaged with clove suppliers in Tanzania, Madagascar, and Sri Lanka. With our local sourcing agent in Kenya who provide the most up-to-date local market situations in Africa. Through our local intelligence, Tridge identifies the real market price without the intermediary fee.

Tridge connects buyers with suppliers who meet the required specifications at the most competitive price. For Suppliers, we identify trade opportunities with genuine buyers from various different regions. Through our distinctive network of world-wide scope local agents, we identify the most competitive condition customized for every buyer and supplier. Seize new clove trade opportunities with Tridge today.

Or request for quotation through: http://www.tridge.com/inquiry